The mighty power of God manifesting itself through healings, deliverance and prophecy, was witnessed at The SCOAN’S last Sunday service broadcast live via Emmanuel TV. Thousands of worshippers from all over the world, who gathered at the church’s headquarters in Lagos, witnessed the power of Christ in action right from the Prayer Line when God Almighty delivered and healed people through the faculties of the wise men. Demons were commanded down to their knees and cast out, in the name of Jesus Christ. Those who came with addictions, afflictions and sicknesses, were declared healed and free 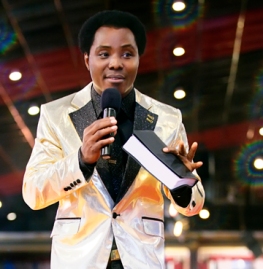 through the power of the Holy Spirit. The man of God, Prophet T.B. Joshua, prophesied to the congregation to the glory of the living God. He also drew attention to the day’s message delivered earlier on by Wise Man Christopher entitled: We Need The Corresponding Power. The man of God said the real thing about being a Christian is not ‘the work we do, but the relationship we maintain with God and the atmosphere produced by that relationship’. He said the message, which was drawn from the Acts of the Apostles Chapter 1:4-8, is a clear demonstration that Christians need support from Heaven just as the Lord, Jesus Christ had promised His Apostles the Holy Spirit before they could embark on their commission. He underscored the crux of the message, saying ‘to believe God, is to be under the power of the Holy Spirit’. Prophet T.B. Joshua said: “A proper relationship with God will bring a proper atmosphere.” As is always the case, the service was laced with amazing testimonies from people who had witnessed the touch of the Almighty God in various aspects of their lives. Here are a selected few. Stay blessed: 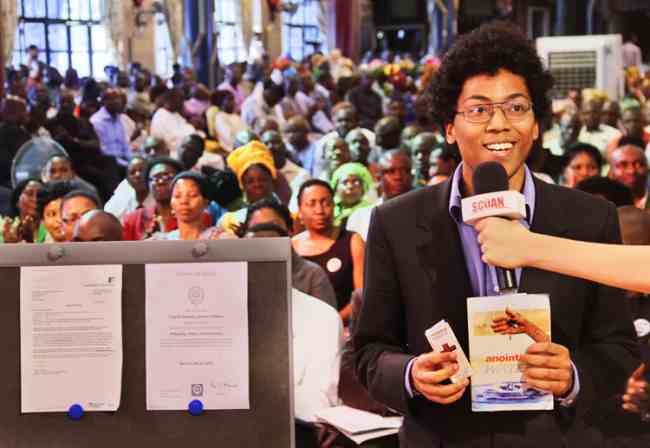 Mr Hngshin Daramy-Williams, born in Sierra Leone but living in the UK, explained how he came from a humble family of six children. Growing up, life was a struggle because although the children in his family were all gifted in many ways, they did not have the financial means to support them. He was gifted intellectually and studied Philosophy, Politics and Economics (PPE) at Oxford University in the United Kingdom.

Despite his intellectual brilliance, the financial situation of his family forced him to depend on loans throughout his undergraduate

degree at Oxford. He passed his first year exams with distinction but in his third year, before his final exams, he suffered a massive mental breakdown. He experienced panic attacks and a lot of self doubt where he could not even look at past exam papers; all this including the financial strain took a large toll on his mental state. He had severe depression and suicidal thoughts.

During this time, his mother came to The SCOAN and received the Anointing Water which she ministered on him, believing that he would be restored. By the grace of God, he managed to complete his final exams. He thought he had failed but to his joy and amazement, he graduated with a 2:1 (Second class upper) in Philosophy, Politics and Economics at Oxford University.

Now free from the depression and no longer suffering from suicidal thoughts, he applied and gained admission to the University of Leeds in the United Kingdom, to study MSC in Economics. He calculated everything and he would need to acquire 9440 pounds in order to complete his Masters degree at the University of Leeds. He explained that he did not want to apply for more loans as this had contributed to his mental breakdown and was here to appeal to God for help to continue his education and focus on his future.

Upon listening to his case, the man of God, Prophet T.B. Joshua gave him 10,000 pounds to complete his Masters in Economics from the University of Leeds. This is approximately US $16,000.