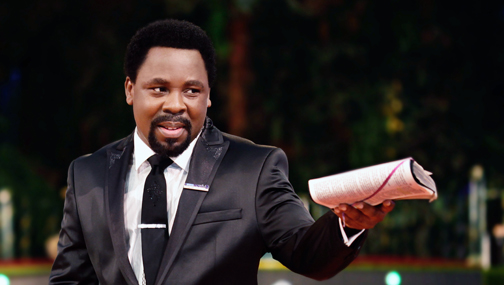 I was so pleased when l came across a comment left by an ‘anti SCOAN’ group on article posted by a TB Joshua supporter, who in their opinion described TB Joshua as the ‘reigning Messiah’ because of what they have witnessed God doing through Prophet TB Joshua of the Synagogue Church of all Nations, Lagos. But we disagree with them referring to TB Joshua as the reigning Messiah because TB Joshua himself had said many time” No matter how much miracles, healing, deliverances, blessing etc God does through me, l CANNOT call myself God, but I am only a servant”.

Another regular commenter whom has also used strong words against TB Joshua wrote:

TB Joshua has gift of knowledge that allowed him to know secrets of the people’s hearts from God’s perspective. God uses him in other areas like healings, teachings and financial support. But TB Joshua is not a Messiah or the Messiah. He is not a Christ or the Christ, because there is only one Christ and Messiah Jesus of  Nazareth. TB Joshua is not a God or the God. He is a man who was born again, his sins where forgiven, he is called by God to prophetic ministry and that is it. He was born in a small village and an uneducated person but he has gifts from the Holy Spirit. His English is not as smooth and compelling like ‘other’. He forgets  many atimes a letter “s” in the third person of conjugation grammar when he speaks in English. He has a wife. With her, he is one body and he has kids. Let’s be honest and see him in the truth. Let’s make him who he is in the Lord. Honour him but worship only Jesus Christ. Listen to him but believe only Jesus. TB Joshua loves everyone but trusts only God. TB Joshua has been allowed by God to be persecuted in order to make him humble and not to destroy his big ministry by  pride and thinking about himself too high. If you would begin to call him a Messiah or write such articles you will try to lead him into temptation to think about himself what he is not.

This tells us these bloggers know   that TB Joshua is of God, in their own words:

Right from the beginning of the ministry of this Prophet, he said something that convinced me that he is  truly of God. “No matter what you may do today, l would like you to ask God who is TB Joshua?” I knew TB Joshua at the age of 29 going  30, today he is  50 years, HAPPY BIRTHDAY !

Throughout the  21  years I have  known  TB Joshua he has faced so many challenges:

7 thoughts on “Breaking News: Anti TB Joshua Bloggers Admits his of God, What a contradiction?”