TB Joshua On Nigeria, Mozambique Match – ”This man will head a goal for us”

On the heels of his accurate prediction concerning the Super Eagles stalemate with Tunisia last month, Prophet TB Joshua has released yet another prophetic revelation pertaining the footballing arena, an incredible confirmation coming mere hours thereafter…

In a proclamation of uncanny precision, controversial Nigerian Pastor TB Joshua has once again shocked his plethora of critics and wowed his army of supporters, this time correctly prophesying the result of Nigeria’s World Cup qualifying encounter with Mozambique, just hours before the match commenced…

“I learn you will play ball today,” said Joshua during the weekly service at The Synagogue Church of All Nations on Sunday 11th October, beamed live to the world via Emmanuel TV. It was approximately 2pm. “Do you want me to talk about it?” A thunderous roar from the crowd sounded their palpable eagerness to hear more. “Because the man was heading ball like a footballer, I quickly remembered that you have ball today,” said the prophet, referring to a member among the congregation who had earlier jerked his head under the Spirit’s influence. “We need a goal to lead the other people. If we can just have one goal to lead them. We need a goal ahead of these people. It’s not every time they will beat us. Draw, draw, draw, draw…” Proceeding to demonstrate someone scoring a goal, the prophet then shouted, “A goal!” much to the delight of the riveted Nigerians within the church. “We’ll smile differently today. This man will head a goal for us. We’ll smile.” The beaming prophet went on to demonstrate someone heading a ball, indicating the means by which Nigeria would score the winning goal in their crucial encounter with Mozambique. 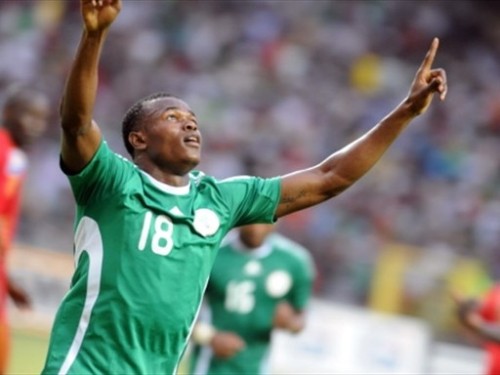 Hours later in the Abuja National Stadium, the match between the Super Eagles of Nigeria and the Black Mambas of Mozambique kicked off at around 5:15pm. It was a critical contest that would either dash Nigeria’s World Cup dreams or keep the flames of hope alive. In a largely frustrating game with countless scoring opportunities missed by the Nigerian strikers, the game approached the final minutes with a stagnant score line, neither team able to register a single goal. As the game entered stoppage time, Nigeria frantically piled on the pressure, knowing a draw would signal an end to their South African ambitions. In literally the last attack of the match, Obafemi Martins close-range shot was parried by the impressive Mozambiquan goal-stopper Joao Kapango, only for the ball to be hooked back into the box for Obinna Nsofor to head home from six yards, finally breaking the resilient Mozambique defence. Seconds later the match ended with Nigeria securing a vital 1-0 victory, left to hope a fumble from Tunisia in the final qualifying match would gain them a ticket to South Africa 2010.

Interestingly, the outcome of last month’s qualifier between Tunisia and Nigeria was also predicted by TB Joshua. The prophet had stated on Sunday 6th September that he saw the match as a ‘balanced’ affair, further describing it as a ‘tough’ game. “They could not take a decision – who is the most powerful among the two,” he said. The match eventually ended in a 2-2 stalemate.

Prophet Joshua’s repertoire of accurate predictions continues to steadily increase, his prophetic ministry coming to the fore of late with predictions such as the deaths of Michael Jackson and Gani Fawehinmi being widely reported. The prophet is also known for his extensive charitable activities, giving over N4.3m worth of scholarships to less-privileged students in the course of the same service on Sunday 11th October, alongside N500,000 to a widow and her nine children who had been living in and eating from a rubbish dump in Delta State for over four years.

His ministry continues to attract growing support and patronage across Africa, particularly due to the popularity of his television station Emmanuel TV.

2 thoughts on “TB Joshua On Nigeria, Mozambique Match – ”This man will head a goal for us””